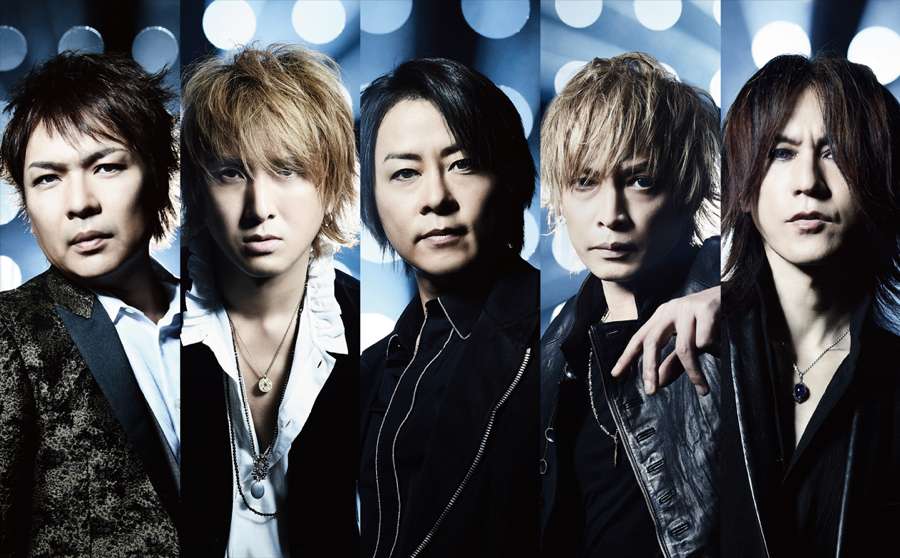 They are an outstanding rock band that retained their existence and persona from their indie days, and continued to leave their legacy behind even after they embarked into the major scene. LUNA SEA is a true embodiment of a 1990s rock band. In 1989, RYUICHI (V.), SUGIZO (Guit/Violin), INORAN (Guit), J（B), ShinyA (Dr）began their activity as an indie band in Tamachi. They released their first album ‘LUNA SEA’ through an indies label called Extasy Records. In 1992, with the album ‘IMAGE,’ the band broke out into the major scene. In 1993, the band released their very first single BELIEVE which garnered them even more popularity through their concert at Nippon Budokan. Their 3rd single ROSIER which was released in 1994 hit the ORICON chart ranking in at 3rd place for the longest time, bringing them to the top of the scene at that time.

Their following singles TRUE BLUE and DESIRE hit the charts once more and through their energetic concerts their fanbase grew to encompass fans that consisted many fans mainly high school girls. In 1995, they played the Tokyo Dome for the first time filling up the hall with 50,000 fans. With that they retained their popularity to this day. LUNA SEA announced a temporary break in 1996 and embarked on their solo works. In 1998, they made their come back with the single ‘STORM’ introducing a new sound adding beautiful melody , an ensemble with the combination of pop and rock sound. The song I for you, a nice dramatic love ballad was used as the theme song of a Japanese TV Drama which launched the band to a new level and they appeared for the first time on the prestigious Kouhaku Utagassen. In the same year, their 2-Days show at Tokyo Dome was a big success. It was in November 2000, as the band continued to climb in recognition that the news broke that the band will soon disband. They performed their last concert at Tokyo Dome on December 26 and 27 of 2000 and the band ceased activities. On the same year their Best Of album, PERIOD which consisted of fan favorites selected by members of their fanclub SLAVE made its way to No.1 on the Oricon chart. Even after the disbandment, each member continued along their path in the music scene. On Christmas eve of 2007, they came back together at Tokyo Dome only for one night and perform at Tokyo Dome 55,000 tickets sold out 5 minutes after sales started. Their legacy stands. December 24th, 2007, Tokyo Dome, GOD BLESS YOU ～One Night Dejavue～