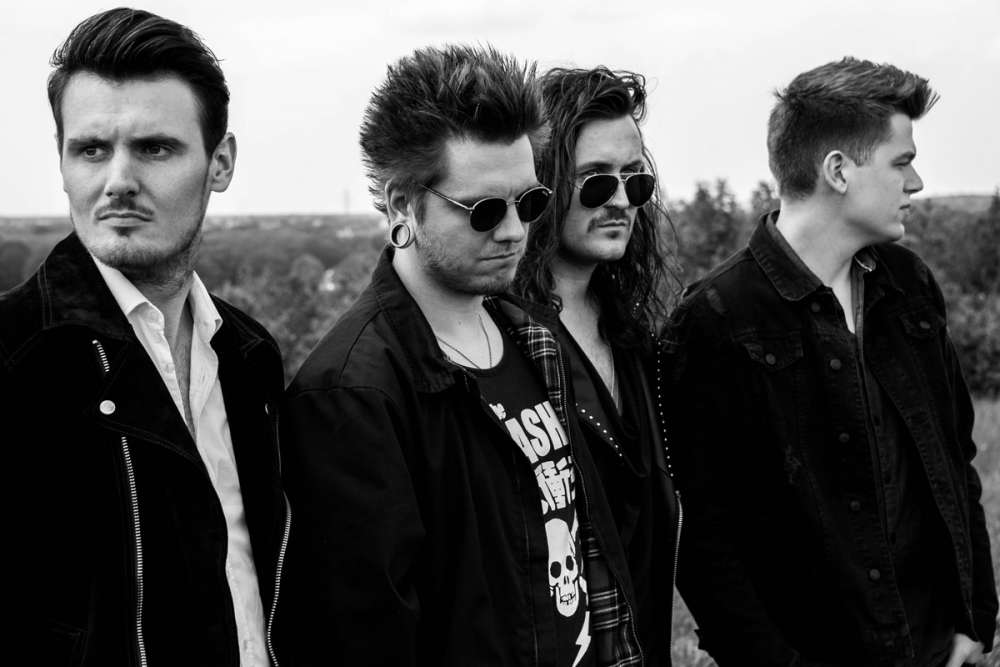 Not long ago the Rolling Stone declared the end of rock guitars. No more teens would grab those axes as musical weapons for freaking out.
Statistics may say so but otherwise there are many young bands for years, who work in the tradition of good old Rock’n’Roll. Bands like Rival Sons, Greta van Fleet or Royal Blood, are part of this new generation, just like - STRANGE WITHIN - does.
In contrast to their colleagues, who just “sound like…”, the quartet worked out its very unique style to satisfy the band`s name.
Now their first EP came out to fulfill the origin roots of Rock. Five tracks with great potential to become floor-fillers in rock clubs and with the quality to be modern rock classics.
On August 9th, 2019 the EP - STRANGE WITHIN – was released and published by ZOUNDR. With high-class and international support by MEDIALUCHS and NINE LIVES ENTERTAINMENT, they are heading for new horizons.
In cause of irrepressible force and conciseness the songs will stay right in everyone’s ears. Rousing guitar riffs, overwhelming basslines, a heavy earth quaking drumming and a voice like no other.
The Doors meets Led Zeppelin and Black Sabbath to celebrate a backstage party with Social Distortion.
Mark (guitar), Mario (bass guitar), Robin (Drums) and Robert (vocals) - aged in their 20s – sound very special and not just retro.