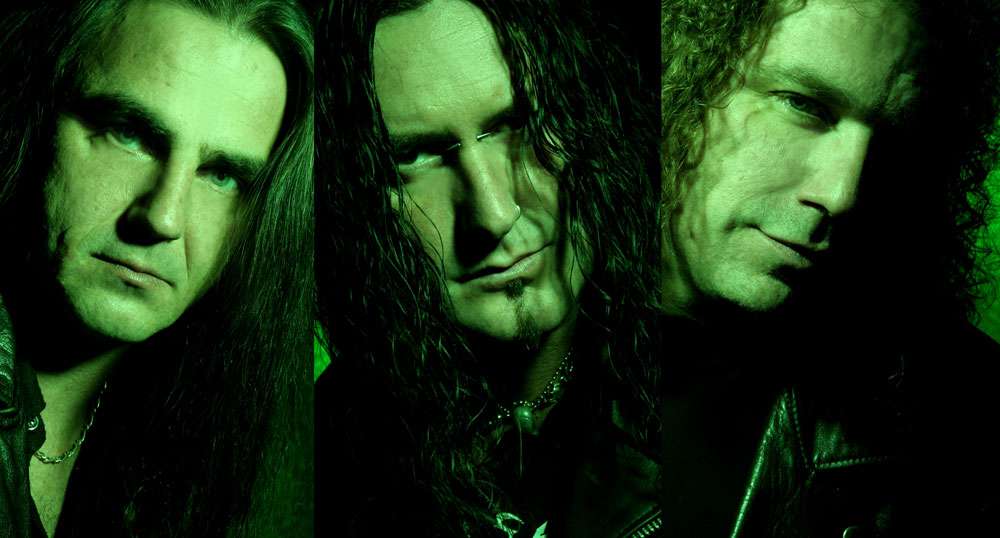 Maybe to some of you, the german powermetal-thrashers Headhunter seem lazy, yes, t´s been a while...some of you might don´t even remember. Let's go back in time: The 3 – peace around DESTRUCTION Frontman "Schmier", german powerhouse drummer Jörg Michael (STRATOVARIUS) and "fast shred guitar wizz" Uwe "Schmuddel" Hoffmann released 3 full albums, after Schmiers split with DESTRUCTION in the beginning of the '90ties. After serveral successful tours all around europe and japan, the lights went off for a couple of years. But the fan demand brought back the back-catalogue in a remastered version on AFM Records in september 2007. Schmiers idea to get the old line up together and producing a new album had a fantastic response right away, in the media, between the fans and among the original members. After a few phone and some full night drinking rehearsals, the orignial three piece went to the House of Music studios in Stuttgart, to put some new METAL on tape.

And Yes, the spirit and magic of HEADHUNTER was back right away: Schmuddel:

"It was great to hear the 'count in' of Jörg after 14 years and rock on as we never have been apart! It felt like back in the day!"

Headhunter is not supposed to change the metal world but the spirit is still the same with power-riffing guitars, melodic but also aggressive vocals and breathtaking double bass drum attacks. This is excatly the kind of music all three musicians grew up with and adore - you´ll feel the passion! Schmier:

"Headhunter stands up for a unique metal meets thrash mixture and all those who wonder why we bring this spirit back to life again, just needs to listen to the new stuff and will understand: you 'll be moshing your necks to pieces with an album full of Metal-hymns, take this as a promise!!!!"