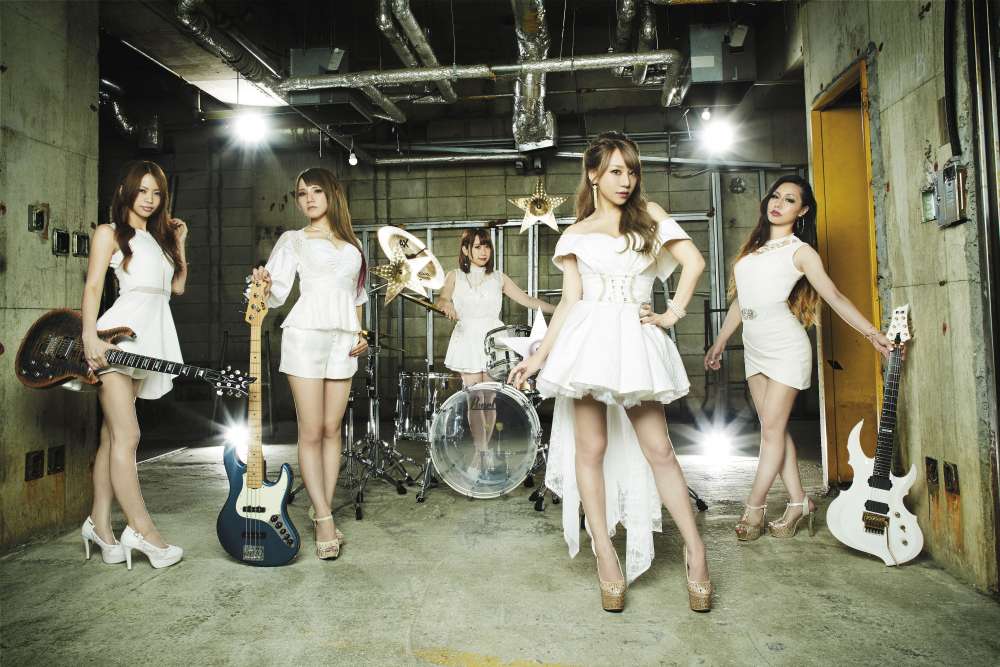 It all started with a break-up of a girl’s metal band. Miho, who played as a live member in several bands after the break up, decided to form a new band. She called up her old band mate and the ex-drummer of Destrose, Haruna, to put together a new metal band in 2015. Miho and Haruna already had a huge following within the girls’ metal scene do this news spread quickly and created great excitement among many fans.

Miho and Haruna started their search for band members and fate led them to meet Asami, the lead singer of Lovebites. She was already an experienced singer, having been on the road with Japan’s top stars such as Vamps and Uverworld as their back-up vocalist. Also her wide vocal range and tremendous control, helped to determine the specific Lovebites sound – a deep heavy metal sonic structure with dynamic crystal clear vocals.

In 2016, Midori, the former guitarist of Gekijo★METALicche, joined the band as a full member, as well as Mi-Ya, (ex-a Drop Of Joker and the guitarist of 21g) as a supporting member. Having the powerful twin guitars of these two distinguished and outstanding guitarists was the cherry on top, and so Lovebites was born.

On November 18, 2016, Lovebites made their official live debut at “Women’s Power presents Girls Band Next Generation” at Tsutaya O-West in Shibuya, Tokyo, sharing the stage with Disqualia and Mai Yashima.