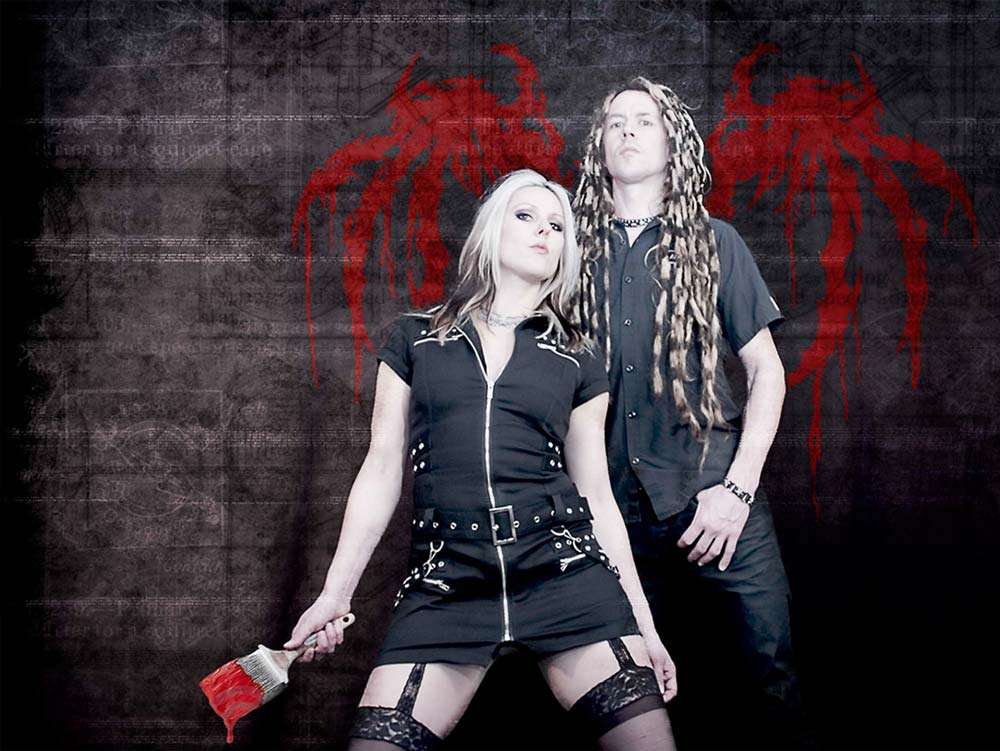 The duo that has been labeled as "THE WHITE STRIPES OF METAL" are conquering the scene of heavy music worldwide. With over 600 shows under their belt and 2 full length records, the band from Los Angeles has quickly risen through the ranks establishing themselves as one of the hottest touring acts.
Niki Skistimas (vocals, drums) and Ralf Dietel (vocals, guitars) draw their intensive strength from generations of Hard Rock, Heavy Metal, Alternative and Punk bands. Fans of heavy guitar-driven music continue to be impressed and excited by their unique style.

The commanding sound that is carried by Ralf's Frankenstein Guitar/ Bass creation and his urgent shouts combined with Niki’s soothing but sinful voice and pounding rhythm, deliver an urgency that doesn’t seem to fit into any pre-existing genres. The broad spectrum of media coverage and the consistently euphoric reviews underline that KRASHKARMA not only have infiltrated the scene of heavy music, but also have what it takes to become megastars in the rock'n'roll circus