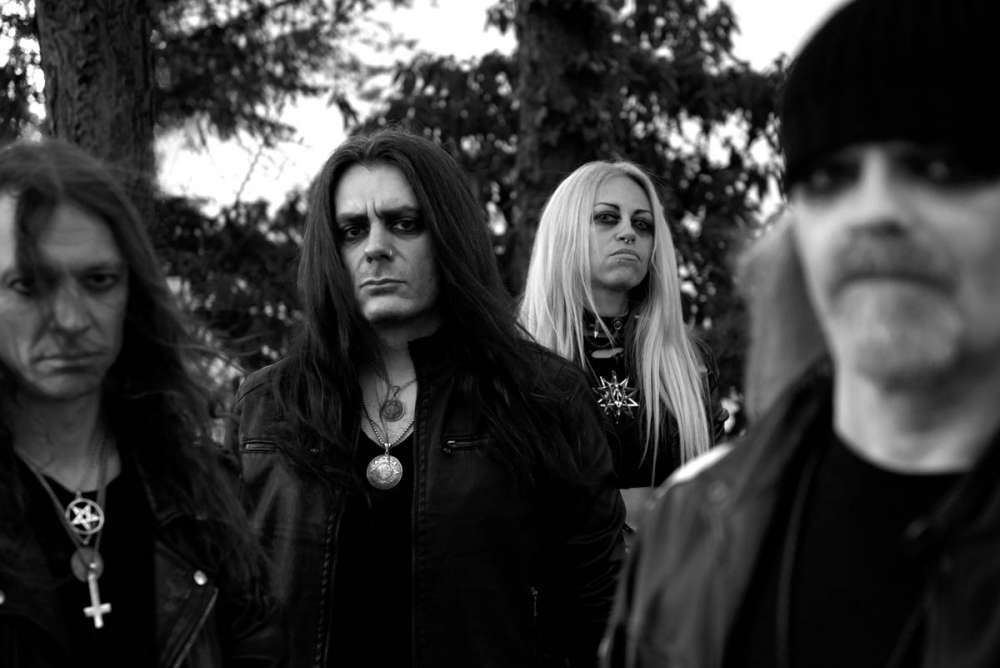 A Tribute To Hellhammer

Hellhammer existed for a mere two years, from May 1982 to May 1984. During this time, the band wrote material for three demos, one 12" EP, and the legendary Death Metal compilation album, along with a number of unrecorded songs.

In light of Hellhammer's now mythically iconic status in the global metal scene, it is almost inconceivable that most of this music has never been performed life. Hellhammer's successor group, Celtic Frost, formed by ex-Hellhammer members Tom Gabriel Warrior and Martin Eric Ain, initially played two of Hellhammer's songs but soon abandoned this habit due to the band rapidly developing its own material. Tom Gabriel Warrior's Triptykon, founded in 2008, have played one or the other rare Hellhammer song during special occasions. The vast body of Hellhammer's work remains unperformed, however.

The resurrection of the music of Hellhammer has been an idea Tom Gabriel Warrior and Martin Eric Ain have discussed for many years, sparked not least by their renewed collaboration in the reformed Celtic Frost in the 2000s and by the years of work on Warrior's second book Only Death Is Real (2009), which details the history of Hellhammer and early Celtic Frost.

Hellhammer will never return and will never be reformed. It is absolutely impossible to reform a band so closely linked to a very specific and unique period in time. I never considered it, no matter how substantial the offers that were pitched to me over the years. But Hellhammer's music exists, and it is an extremely important part of my life's path. And I would like to play it onstage before my demise.

The first step towards the realization of Triumph Of Death, named after Hellhammer's most infamous song and intended to be a very respectful and authentic tribute to Hellhammer, were taken years ago.

Triumph Of Death consists of some of Warrior's closest friends; individuals who not only love this music but truly understand it. The line-up emulates Hellhammer's final incarnation of April/May 1984, when the group had added an additional guitarist.
Triumph Of Death will commence playing Hellhammer's music onstage in 2019. It is a project with an open end. Apart from wage considerations to perhaps release an occasional live EP, Triumph Of Death will not record any new music but is solely dedicated to performing both well-know and obscure Hellhammer songs. The project is based in Zurich, Switzerland.